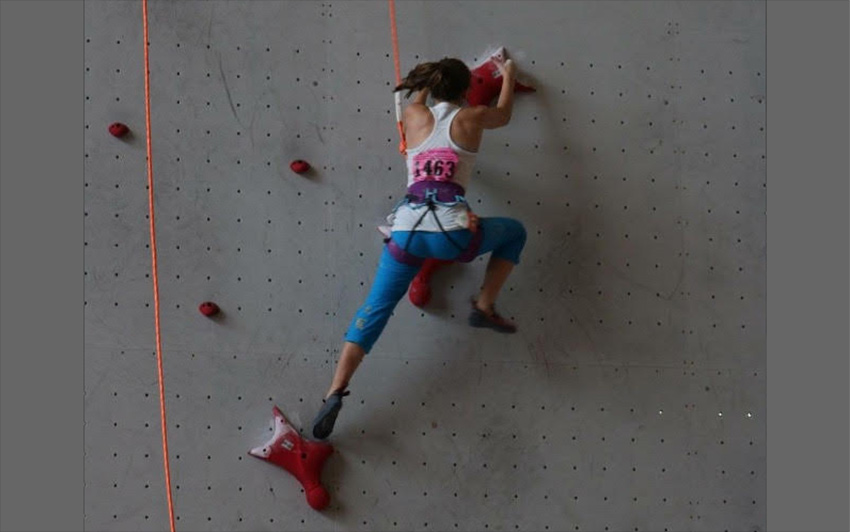 A blog by Sophie C

Sophie joined the BB staff team early in 2020, and spent much of her younger years training and competing in climbing comps. She competed in 5 consecutive USA national championships, specialising in speed climbing, and also represented in regional and divisional competitions in sport, speed and bouldering. During the Covid-19 lockdown she thought she'd share some of her thoughts on the relationship between mind and body in climbing and what her comp experience has taught her about it.

Mind and Body: The Physical Connection to your Emotions

As a climber I get frustrated with myself quite easily whether it be my inability to complete a climb, or the fact that my heel keeps escaping from the depths of my climbing shoe. When I was young, I climbed in high-pressure competition environments for 6 years, and this had a tremendous effect on my mental and physical abilities. There were sometimes up to thousands of people in the audience with all eyes on me, meanwhile I was supposed to be focusing on the climb and my performance – as you probably know, during a comp one mistake can end your season. Isolation is a whole separate story, personally I found it the worst part of competitions. Especially when you are one of the last people to climb, you are DOOMED because you have to sit there for several hours with the pressure and thoughts in your head constantly building up ready to attack your already fragile mental state. This can be more or less daunting depending on the person, but personally I struggled with this at every competition. Occasionally there would be other competitors so nervous they’d throw up, and many of them on the verge of tears. These feelings clearly took an effect on my ability to climb because I always performed better during the low-stress environments put forward during practices than the high-stress environments of competitions. The aim of this is to help show that your emotions have a much larger effect on your body than you might think.

Going back to GCSE Biology for a minute here, when you touch a hot stove an electrical impulse is sent to your brain telling you to pull your hand away before it becomes damaged beyond repair- the result being you can’t climb for a few months, and no one wants that do they? Emotions are the directors in the scene of your body. One of the key areas in your brain that recognizes the body’s reactions to emotions is called the limbic system. This is where the electrical impulse is sent when, for example, you are experiencing anger or fear. These emotions then cause your heartbeat to increase rapidly, as well as the hormone adrenaline being released which induces the ‘fight or flight’ response.

Historically, humans had these emotions, so they weren’t brutally ripped apart by a lion, or stepped on by a hippo, because you feel fear, and this tells the body to MOVE or RUN before it is eaten or smooshed. A current study conducted by the University of California, Berkley, submits that there are 27 basic human emotions, as opposed to the original 6. Although, there are many more that cannot be formed into words. These are pertinent to our survival; they tell our bodies what to do in a situation before we can form it into a thought. Some emotions are used in a different way to which they were initially meant. More recently they cause increasing negative effects, such as feeling disappointed when you didn’t get enough likes on your most recent post, where you crushed your last project.

A book called How To Be Human: The Manual by the comedian Ruby Wax includes the author discussing a ‘trade-off’ theory that explains this in more detail.

“Our mammalian brain is about 100 million years old (giving us some emotional range and ability to bond). About 200,000 to 500,000 years ago, an area of our brain known as the neocortex had a growth spurt, giving us the ability to plan, to self-regulate, to control our impulses and become aware of ourselves. With this more advanced part of our brain, we learned to speak, to use symbols, solve problems and imagine the future. The downside was we started to worry and ruminate about ‘what if?’ scenarios, not to mention the mother of all worries - knowing we're all going to die - which all adds up to make us a very jittery race." A small tangent, but it is a great read and I would recommend to anyone trying to be more human.

The question is, how can I change my mentality so I will climb at my best ability? First and foremost, you must learn to regulate and control these emotions, so they do not get the best of you. There are several ways to do this, but one prime example is breathing. My mom (who is a yoga instructor) always tells me, “6 deep breaths will change your brain chemistry”. (Seriously, it improves your cortisol levels and attention span. Look it up!) What she means by this is by deep breathing and focusing only on that, you can change your mood comprehensively. An adequate way to do this is by meditating, because you can practice your breathing in a controlled environment. It is always better to meditate for a short time rather than a longer time so that it is easier to focus your mind, and it doesn’t feel forced. Guided meditation is a good way to practice this zoning of your mind for novices, here are a few examples:

All of these are great examples of guided meditations. They are more helpful if you can find a yoga class where an instructor will talk you through the meditation. This allows you to reap the full benefit of the practice. Although, it is possible to complete these on your own as well.

Meditation and deep breathing are some of the best ways to control your emotions because they can help you find peace in any situation. This can be applied to climbing, for example, when you become angered by a certain climb. You can take a few deep breaths (in my opinion 6 is the best number) and find the calm you need to work the climb more successfully. My old coach used to tell me to “use my anger to finish the climb”, which in a way is exactly what is happening here. By controlling those emotions, they can be channeled and changed to become more constructive.

Sophie joined the BB staff team early in 2020, and spent much of her younger years training and competing in climbing comps. She competed in 5 consecutive USA national championships, specialising in speed climbing, and also represented in regional and divisional competitions in sport, speed and bouldering. 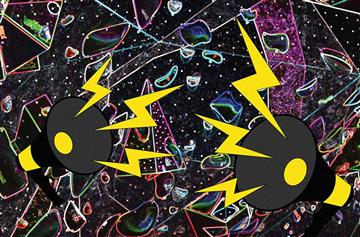 To beta or not to beta? 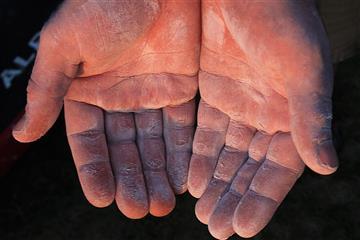 In the first of a short series of articles about climbing, Bouldering Essentials author Dave Flanaghan gives his top ten tips for anyone looking to make the most of their indoor bouldering session.

Last week we had a #setterswap with Chimera - while Team BB went off to set their big slab wall, Team Chimera came to Brighton and reset our Comp Wall for the October round of our Monthly Comp Series.

There are 35 new climbs to try, and if you go to th… https://t.co/v3zKzrx4AU pic.twitter.com/Y4DsNbAEJM

Beta alert! Three blocs here from last week's reset of the Chalice area by Harry, Charlie, James and Tom. There's a Grey, a Yurple and a Purple to check out in these clips. There are several different options for the Yurple co-ordination problem set by J… https://t.co/1w0BBF6ApW pic.twitter.com/h2zeylONOr

We've been enjoying last week's Nose and Groove Slab set over the past few days. Here's Freddy talking through one of the Whites that he set on the day. 🤍

Next week we've got a new Comp Wall set coming! Make sure you've hit "participate" in the @top… https://t.co/M0RhAl7845 pic.twitter.com/tgikzK4tCN